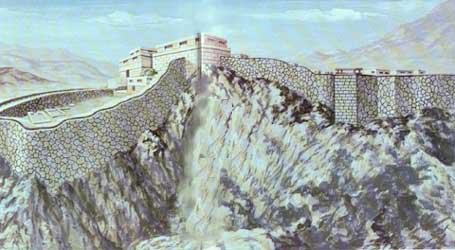 A reconstruction of the fortified acropolis of Mycenae
(from the Northwest)
The palace is on the summit. 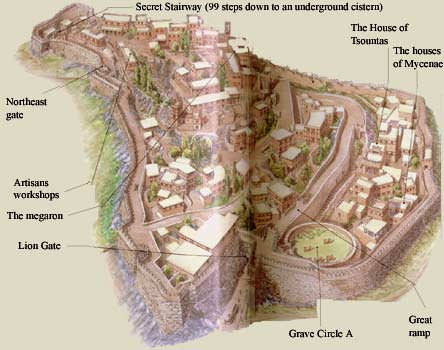 Reconstruction of the fortified acropolis of Mycenae - as it was
in the time of the House of Atreus and the 1250 BC Trojan War. 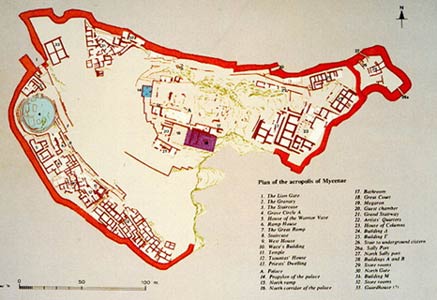 Plan of the acropolis of Mycenae 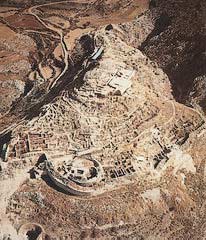 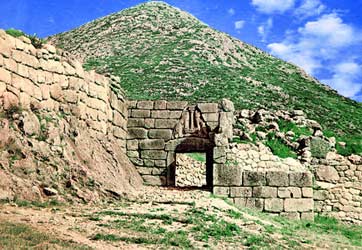 The famous Lion Gate - built about 1250 BC is about 3,250 years
old and the relief carved on the slab above the doorway is the
oldest piece of monumental sculpture in the western world.
The lions are the emblem of Mycenae, and they are guarding the
royal family, the royal dynasty of Mycenae.
The altars from which the column rises indicates the divine right of the king.

Much evidence suggests that the king who ruled over Mycenae at the
time the Lion Gate was constructed was ATREUS the father of
AGAMEMNON but there is no doubt that the relief was in position when
Agamemnon marched his troops through the gate to lead them against TROY.

The doorway's lintel (horizontal beam) is estimated to weigh 18 tons! 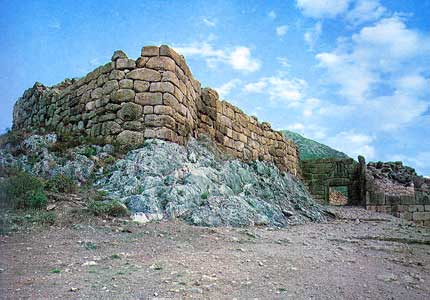 The Cyclopean walls date to about 1340 BC and are the oldest walls
in the fortification which was enlarged over time.
The stone blocks are so large that later Greeks believed that giants
(Cyclops) built the the walls. The walls are up to 14 metres
(46 ft) thick and were unbreachable. 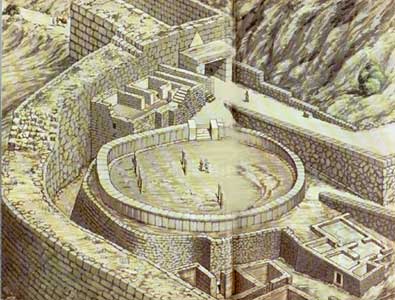 Reconstruction drawing of Grave Circle A.
This was excavated in 1874 by self-educated German millionaire
Heinrich Schliemann - who had read and was inspired by Homer's
epics enough to search for and discover Troy - and then come to Mycenae
to search for further evidence to prove the factual basis for Homer's writings. 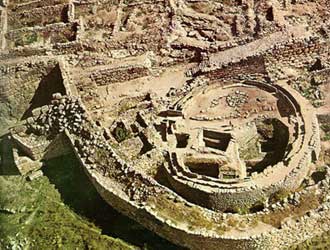 Aerial view of Grave Circle A. 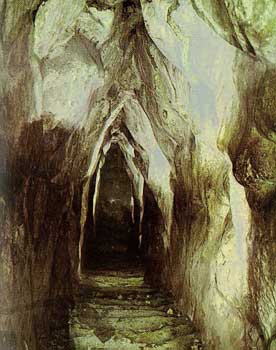 The secret flight of 99 stairs leading to the underground cistern deep
beneath the citadel. The cistern was connected by pipes to a spring
outside and protected the water supply in times of siege. 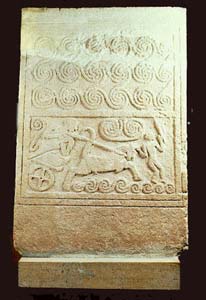 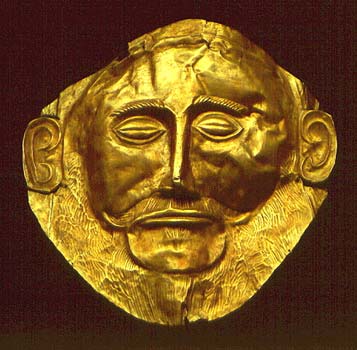 Thought by archaeologist Heinrich Schliemann to be the Golden death
mask of Agamemnon - but now dated to 300 years earlier.

Bronze dagger with gold & silver decoration from Grace Circle A. 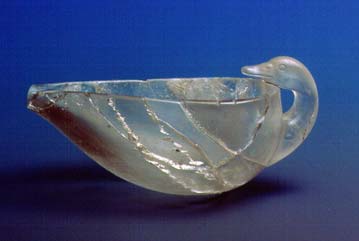 Rock crystal vase in the shape of a duck - Grave Circle B. 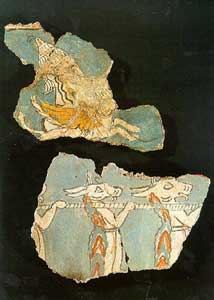 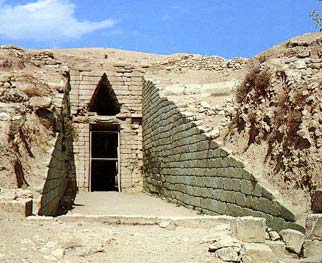 The tholos tomb of Klytemnestra

Acknowledgement:
These images were scanned from various sources.